With the great character actor Fritz Kortner (1892-1970) in the title role, the film traces the most important stages in the life of Ludwig van Beethoven and links his life with his great works such as the 2nd Symphony, Eroica, 5th and 9th Symphonies, Fidelio and Missa Solemnis. The film was produced on the occasion of the 100th anniversary of the composer's death (26.03.1927) and is a fine example of early media exploitation of popular artist biographies. It was made in the summer of 1926 in the Listo Film Studios in Vienna-Schönbrunn and had its cinema premiere on 18 February 1927. The contemporary Austrian press noted as a special quality that the film was made on original locations, which can only mean Schönbrunn Palace.

The cinematic narrative begins with Beethoven's childhood in Bonn and his musical studies with Joseph Haydn in Vienna. As it progresses, it paints the picture of a prolific composer who is caught up in unhappy love stories throughout his life. Especially the encounter with Giulietta Guiccardi, who as a not very talented piano student drives the composer half mad, is described in detail in the film; here the film builds up a pure cinema fiction. On the other hand, the music patron Prince Lichnowsky appears as a constant patron, as corresponds to the real biography. A great deal of space is devoted to the description of his fatal hearing disorder, which Beethoven suffers at the age of 28 and which plunges him into a serious personal crisis. He became increasingly misanthropic and withdrew more and more into the world of his sounds until he died at the age of 57.

The new musical version by the multi-award-winning composer Malte Giesen (*1988) quotes all the Beethoven works mentioned in the film and processes them in an original arrangement for small orchestra that oscillates between cinema pop and art music. The composer writes about his music: "The idea is to develop a kind of 'composed interpretation' from Beethoven works that musically accompanies the film in ever-changing functions. I want to work with techniques that are directly linked to the contemporary aesthetics and philosophy of my generation: remix, sampling, shuffling, even the mix of orchestra/electronics should be used here. In this way, I ask myself the hypothetical question: How would Beethoven have composed if electronics had already existed? So electronics are used in different functions, on the one hand as an additional timbre with its own aesthetic and on the other hand as a conscious playing with the "media colour" and historicity of electronic sounds (as through gramophone, record, playing with clichéd silent film music aesthetics).

All in all, this Austrian film is a vivid example of the development of Beethoven's image in popular culture at the beginning of the 20th century: from genius to unhappy lover who compensates for his lovesickness in his artistic creations. In the German admission card, there is an interesting reference to a prologue that apparently existed in large cinemas on the film stage, quoting from a letter by Beethoven to Archduke Rudolph: "There is nothing higher than approaching the divinity more than other people and from here spreading the rays of the divinity among the human race." Beethoven as Prometheus, this is how the significance of Beethoven - as otherwise only the achievement of Goethe - was appreciated throughout the 19th century and established a tradition of the 'God-blessed', especially in Germany. The cinema of the silent film era treats the concept of genius more lightly and invents women's stories around the supposedly misanthropic Beethoven. Karl Hartl's 1950 Austrian film 'Eroica' is also in this vein; full of pathos, the film portrays Beethoven as a titan and at the same time gives him the guise of a clumsy lover.

"The artistic self-image of the young composer Malte Giesen results from the tension between the individual and society, self-realisation and political social positioning. With passion and verve, Giesen takes a stand in his compositions, comments on and thematises current developments and, through his sometimes exhausting unwieldiness, challenges the listener to listen attentively and reflectively. In doing so, he makes use of sophisticated compositional methods with analogue and digital varieties and techniques ... These techniques are used to promote a serious engagement with music and its function, as well as to break and expand perception through contextual changes." (Jury of the Carl von Ossietzky Prize 2016)

Born in Tübingen in 1988, Malte Giesen studied composition and computer music with Marco Stroppa and Oliver Schneller at the Stuttgart University of Music and Performing Arts and attended the CNSM Paris Conservatory from 2010 to 2011 before going to the Hanns Eisler Academy of Music in Berlin to study composition with Hanspeter Kyburz and electroacoustic music with Wolfgang Heiniger. Giesen writes for chamber music ensembles as well as solo works, from solo electronics to large orchestra. He has been awarded several scholarships and prizes for his works. Among others, he received the first prize of the German Music Competition Composition in 2009. In 2012, he was a prizewinner of the Stuttgart Radio Symphony Orchestra's master class in orchestral composition. In 2013 he was selected as a participant in the Donaueschinger Musiktage and in 2014 in the Summer Composition Institute at Harvard University. In 2015, he was a prizewinner in the Deutsche Oper Berlin's Neue Szenen III competition, which is linked to a commission for a chamber opera. In 2016 he received the Carl von Ossietzky Prize for Contemporary Music from the city of Oldenburg.

Malte Giesen is active in teaching new music in schools and music schools. He teaches contemporary improvisation at the Hochschule für Musik Karlsruhe and electroacoustic music as a visiting professor at the Hochschule für Musik Berlin. He is a founding member of the Stuttgarter Klang Büros e.V. and is involved with Suono Mobile - Initiative für Neue Musik and the Stuttgart Festival "Neue Töne Open".

Hans Otto Löwenstein, born in 1881 in Priwoz in what was then Austria-Hungary, recommended himself as a director for a Beethoven Vita in two respects: as his films about the Habsburgs ("Kaiser Karl" (1921) and "Leibfiaker Bratfisch" (1925) about the suicide of Crown Prince Rudolf in Mayerling) made in the 1920s show, he not only had a particular soft spot for historical material, but also for combining theatre and cinema. In 1913, he tried a combined screening of film and theatre performance in the Vienna Prater; his film "King Menelaus in the Cinema" was supplemented with actors on stage involving the audience.

Löwenstein was a versatile film pioneer: in 1914 he took over the management of the central office for the field cinemas of the Austrian army, which were to provide entertainment for the soldiers at the front. In 1918 he founded Astoria-Film, which was one of the leading production companies in the Austrian film industry from 1920 onwards, producing mainly animated films. With his invention of the Ottoton system, the first Austrian sound film, "G'schichten aus der Steiermark", was produced in 1929. With his death in 1931, he left behind an extensive filmography of over 40 films.

Born in Vienna in 1892, Kortner's film and theatre career began with training at the Vienna Academy of Music and Performing Arts. Subsequently, Kortner played on the stages of various theatres in Germany. While still in the silent film era, he also established himself as a film actor with his characteristic expressionist acting; he took on one of the leading roles in the Austrian horror classic 'Orlac's Hände' in 1924 or shone as Dr. Schön in 'Die Büchse der Pandora' in 1929. With 'Der brave Sünder' (The Good Sinner) he realised his first film directing work in 1931. As a convinced social democrat, he was driven to Switzerland in 1932 with the increasing strength of the NSDAP, and after 1933 he had to go into exile for good as a Jewish theatre and film maker. Language barriers and the Nazi ban on international performances made it difficult for him to gain a foothold abroad. Nevertheless, he managed to enter the USA after a stay in Great Britain. After the war, Kortner returned to Germany with plans to rebuild the German theatre. As an American citizen, he was initially forced to work in the US sector. By the 1950s, Kortner had achieved the status of a directorial icon of the German theatre. In his political directing work, apart from a few detours into film, he concentrated mainly on theatre until his death in 1970. 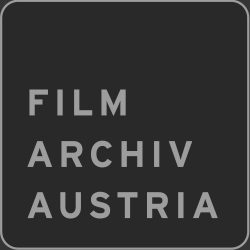 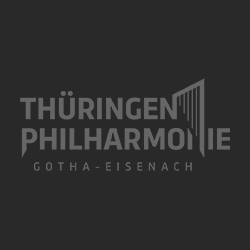 Impressions of the music production in Gotha 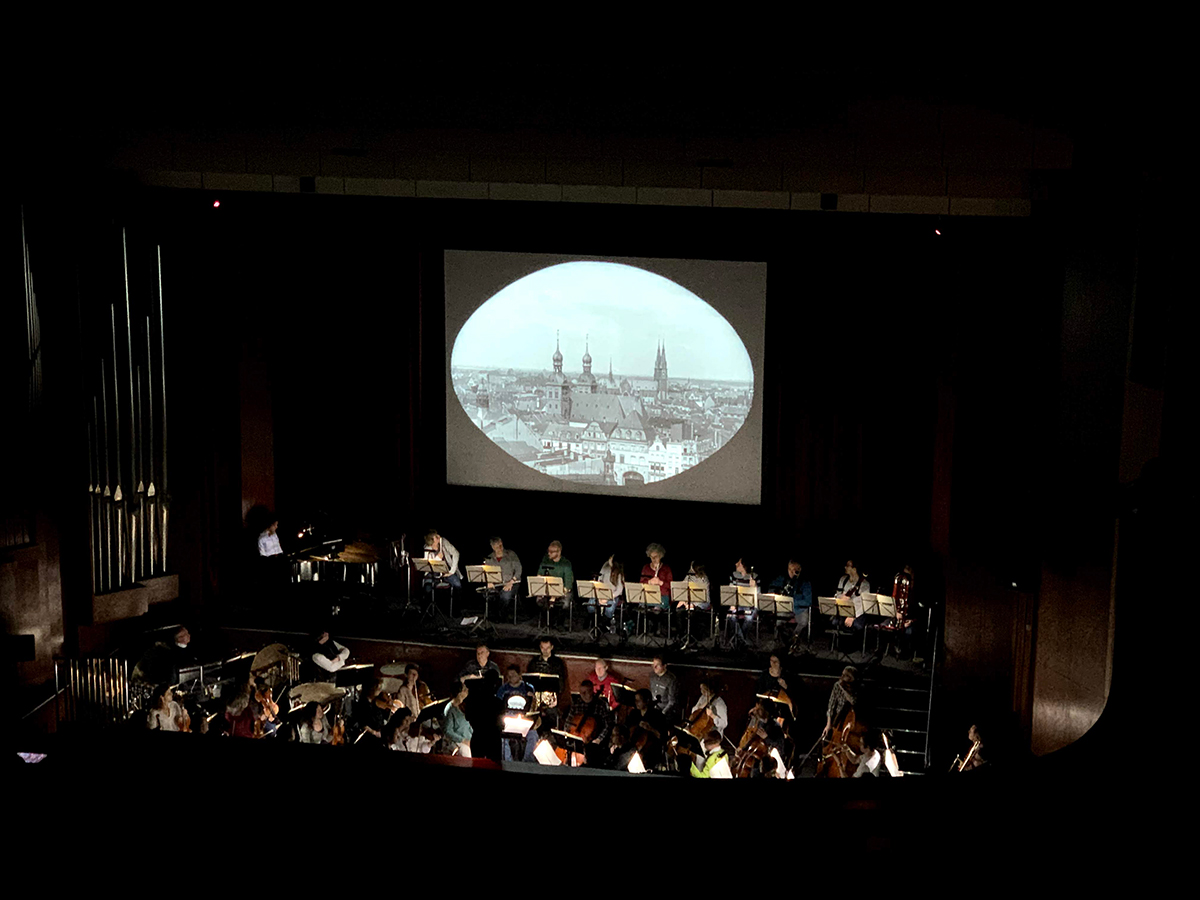 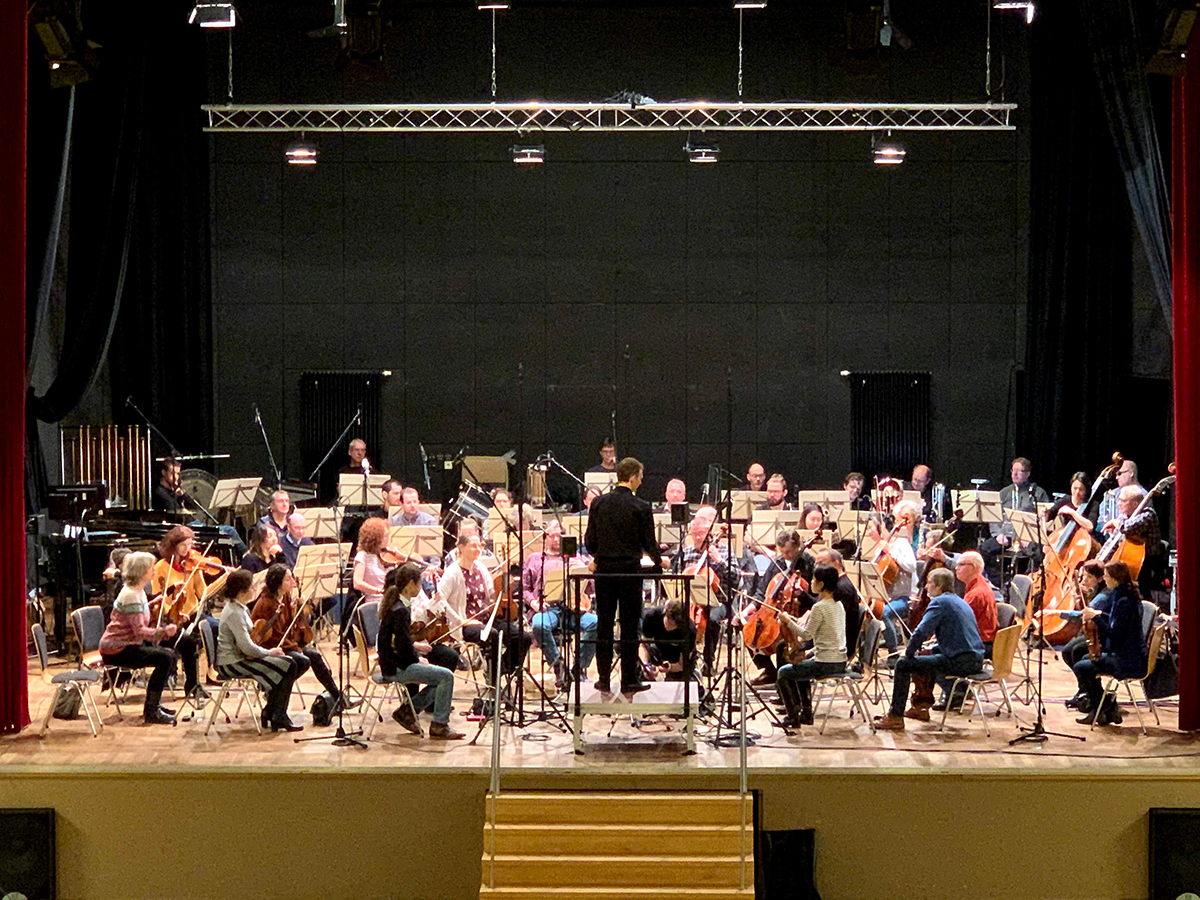 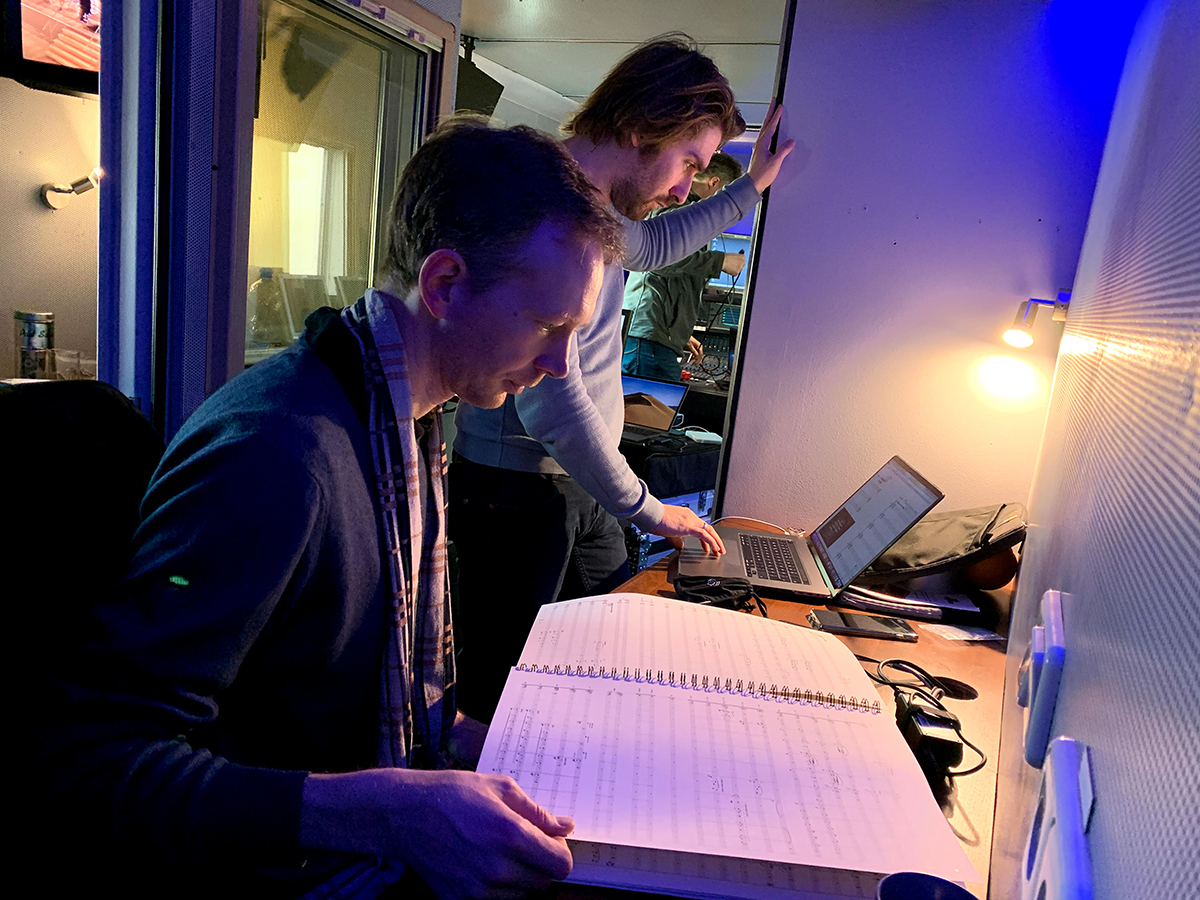 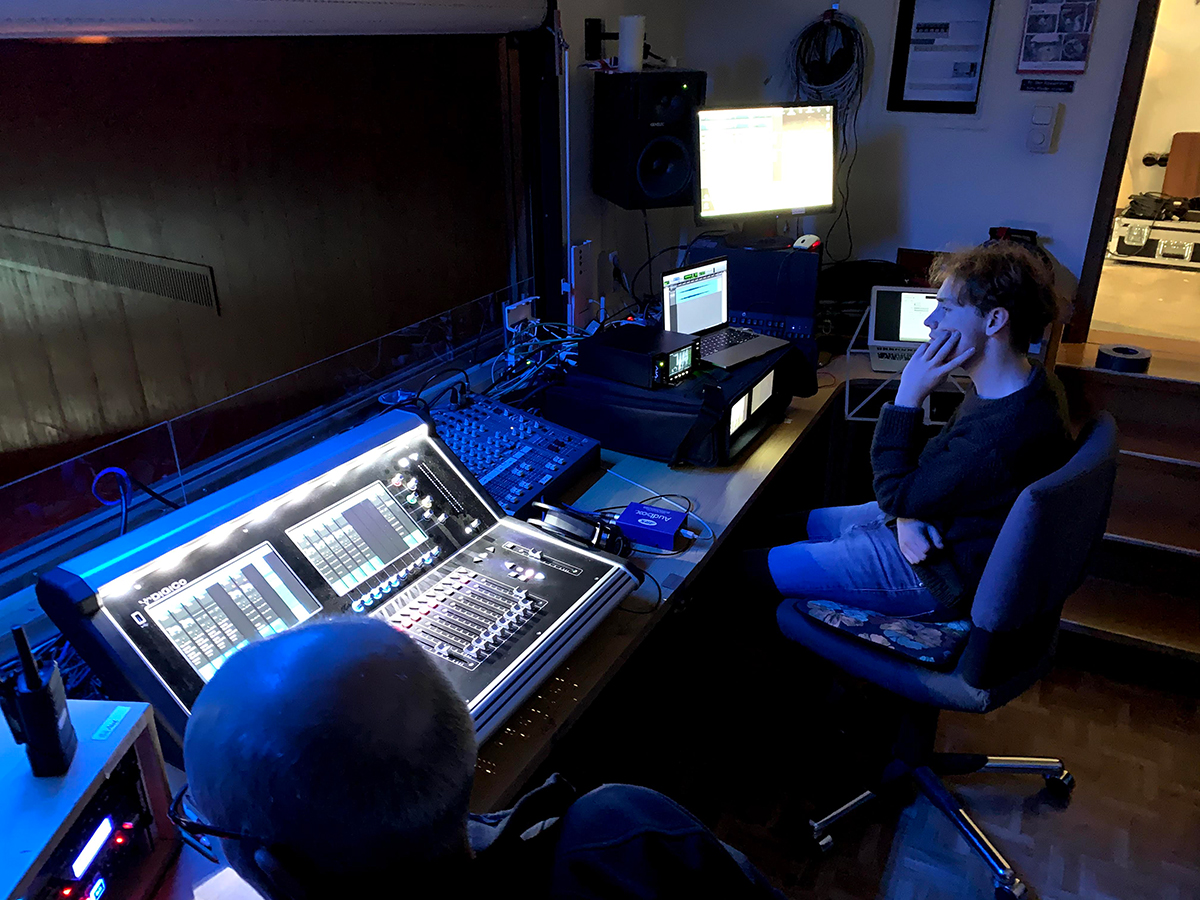