On the occasion of the 70th Berlin International Film Festival, The Wax Museum of Paul Leni was presented for the first time in a new digital restoration by the Deutsche Kinemathek and the Cineteca di Bologna. The new music by Bernd Schultheis, Olav Lervik and Jan Kohl, commissioned by ZDF in collaboration with Arte, celebrated its world premiere with the Ensemble Musikfabrik under the direction of Swiss-Australian conductor Elena Schwarz. 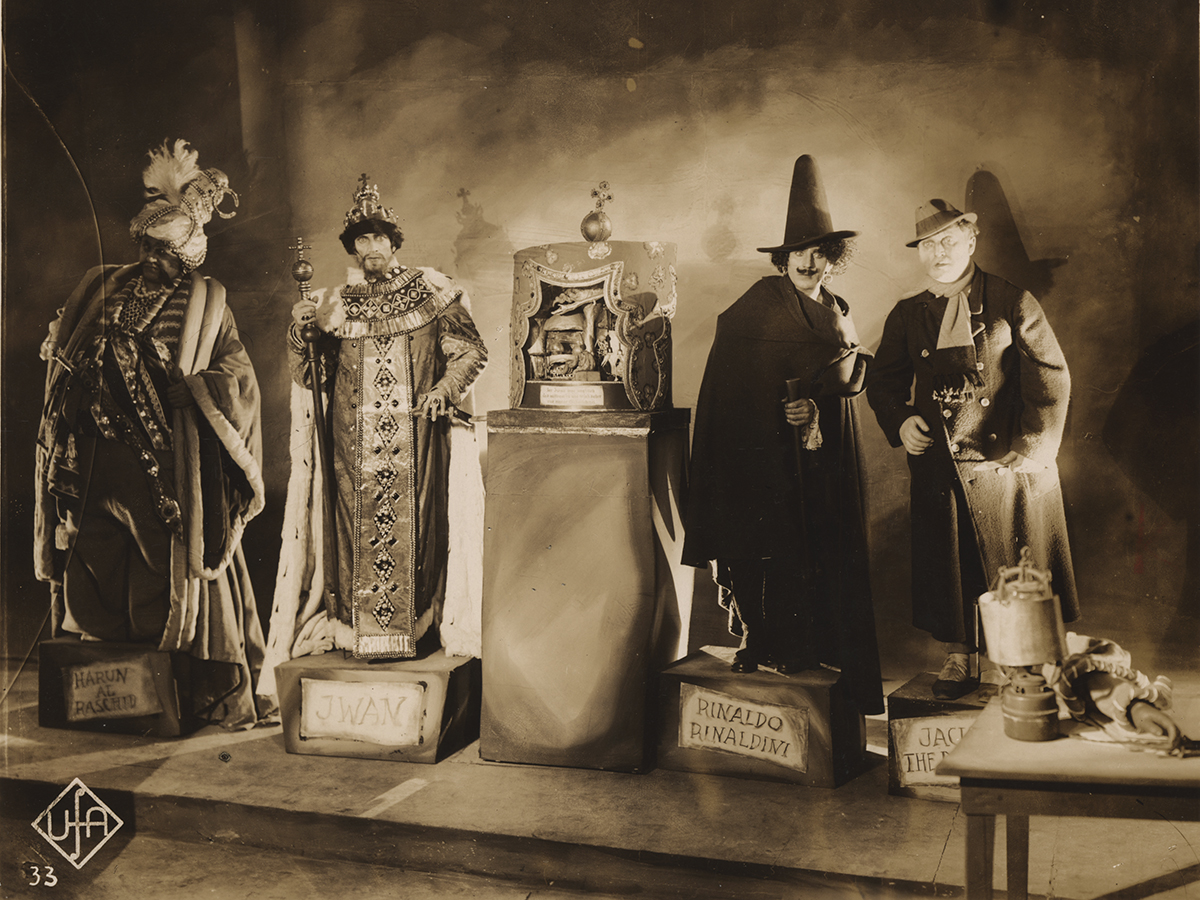 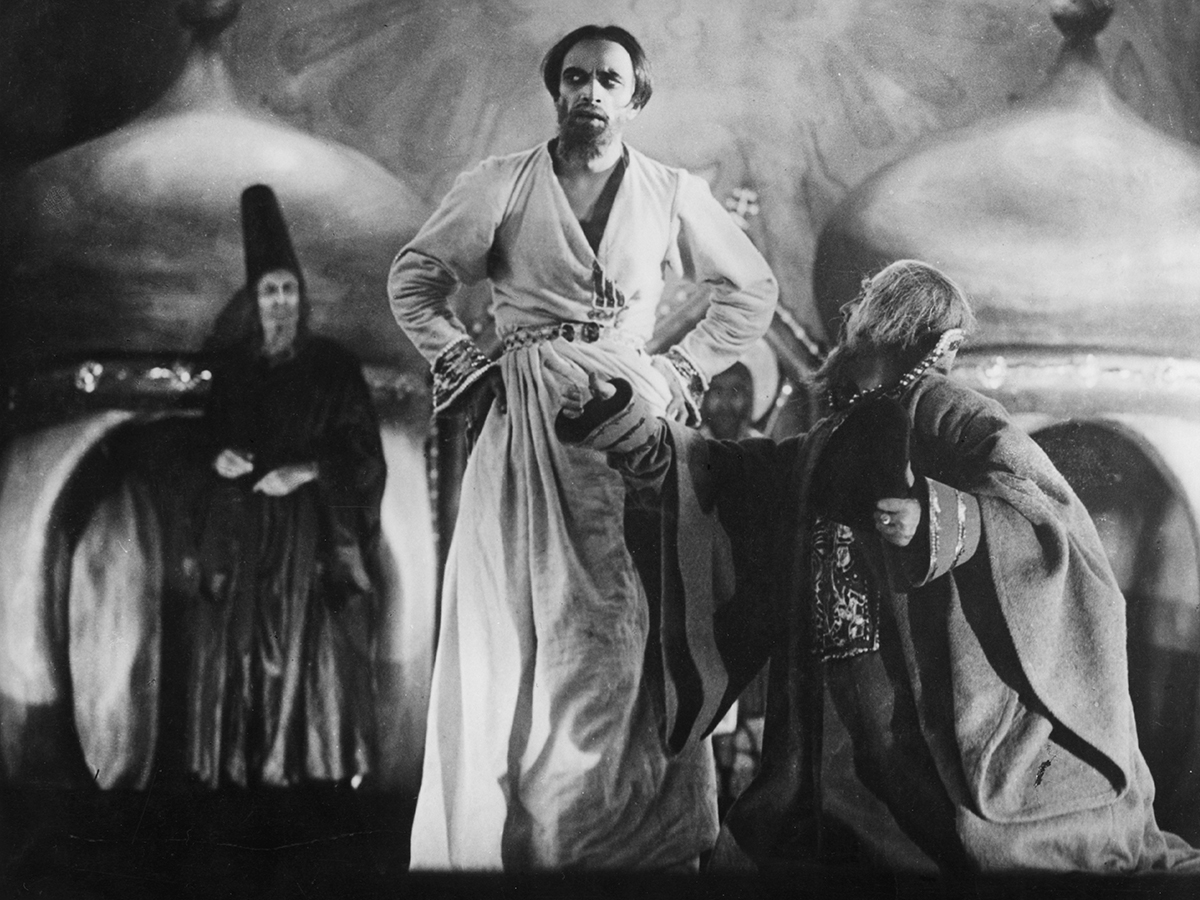 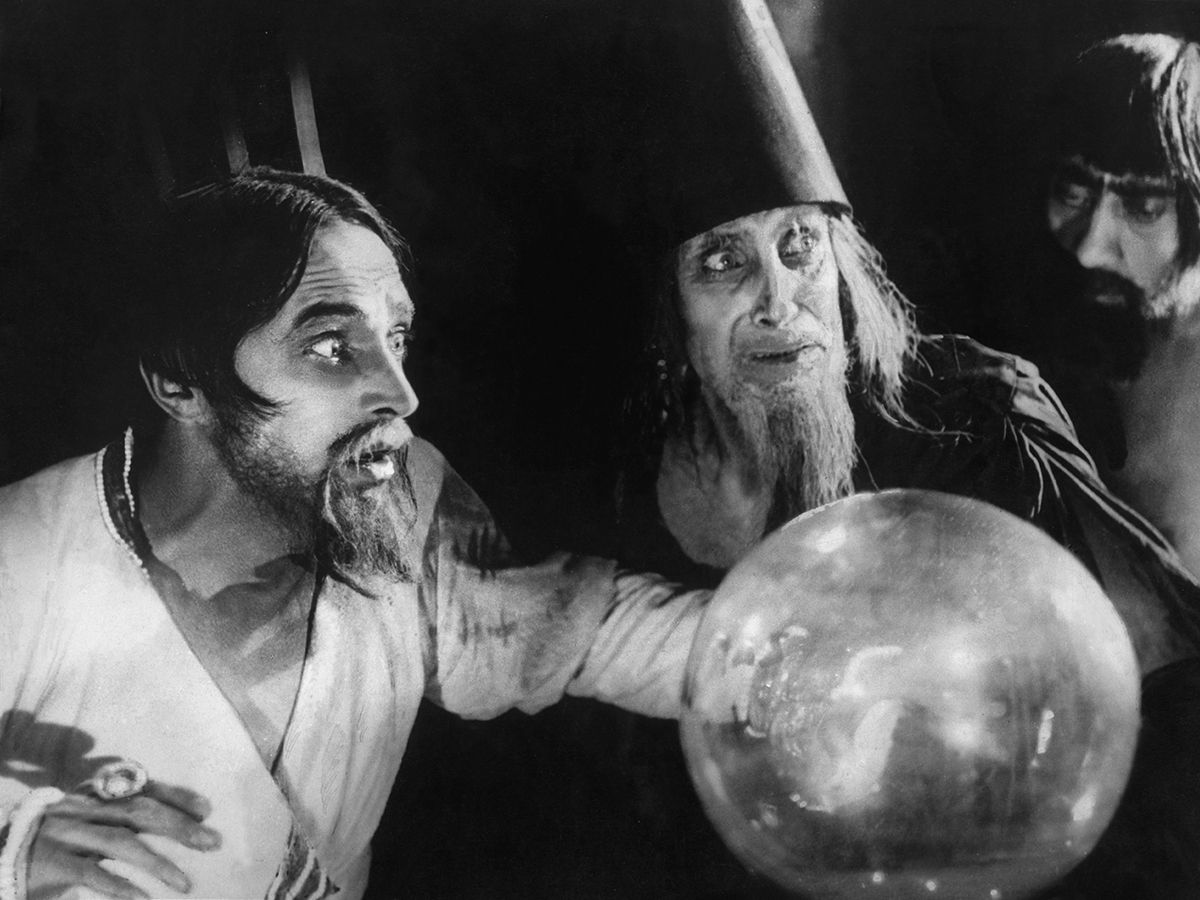 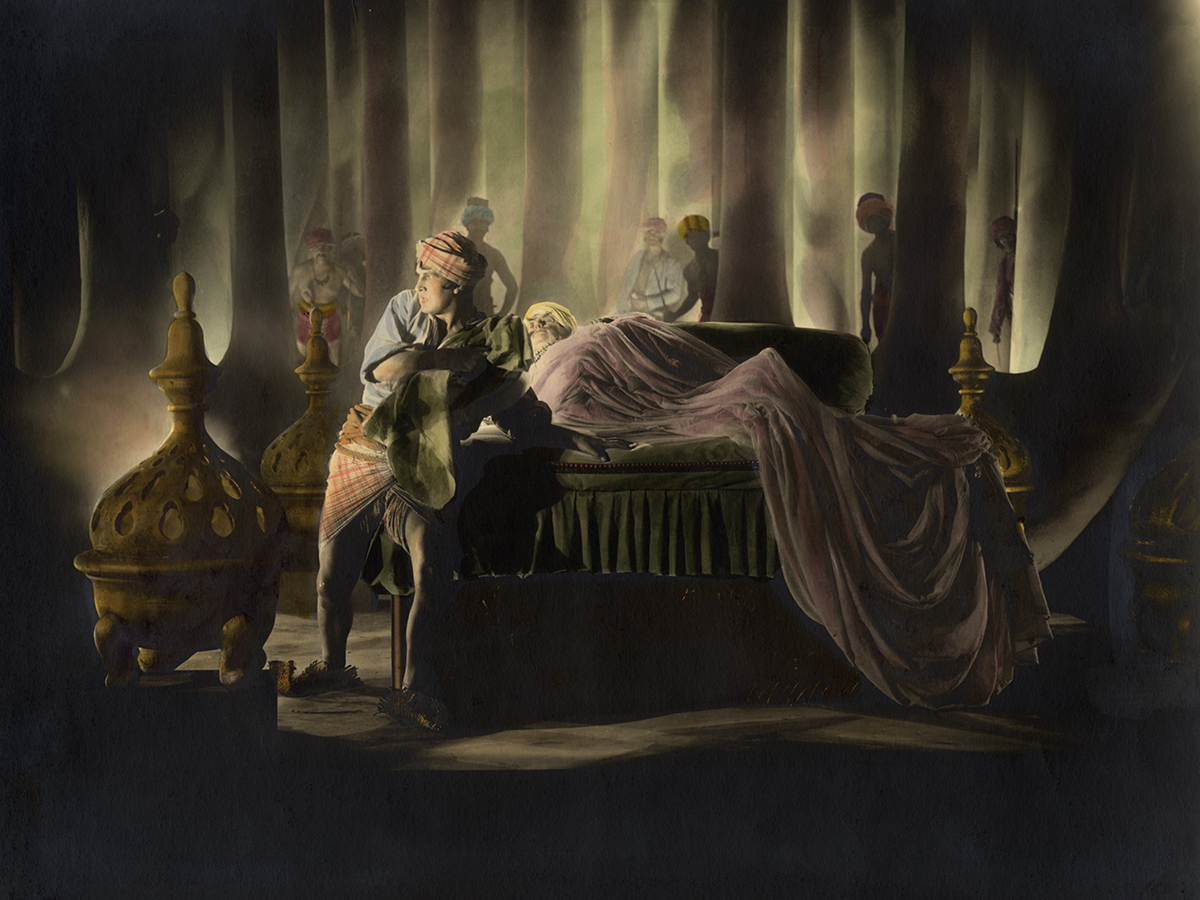 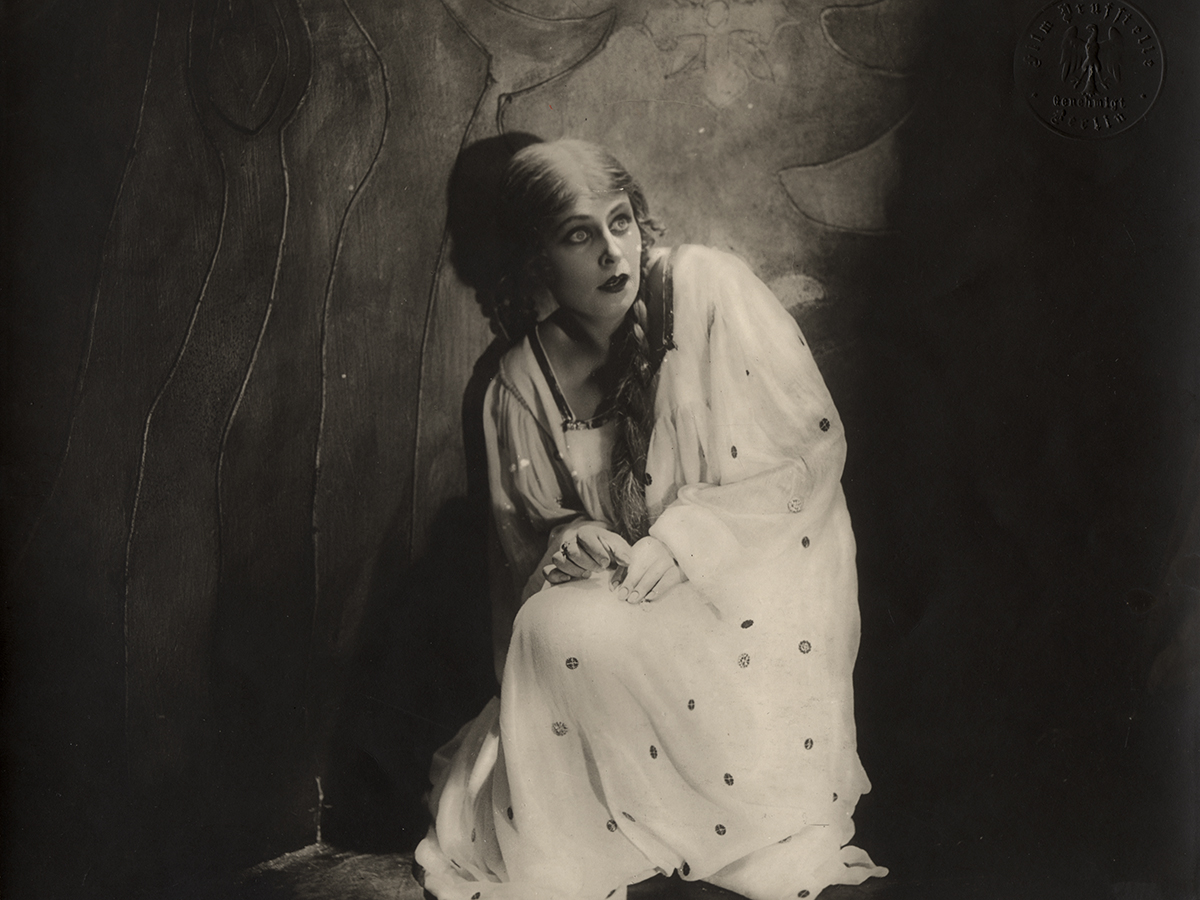 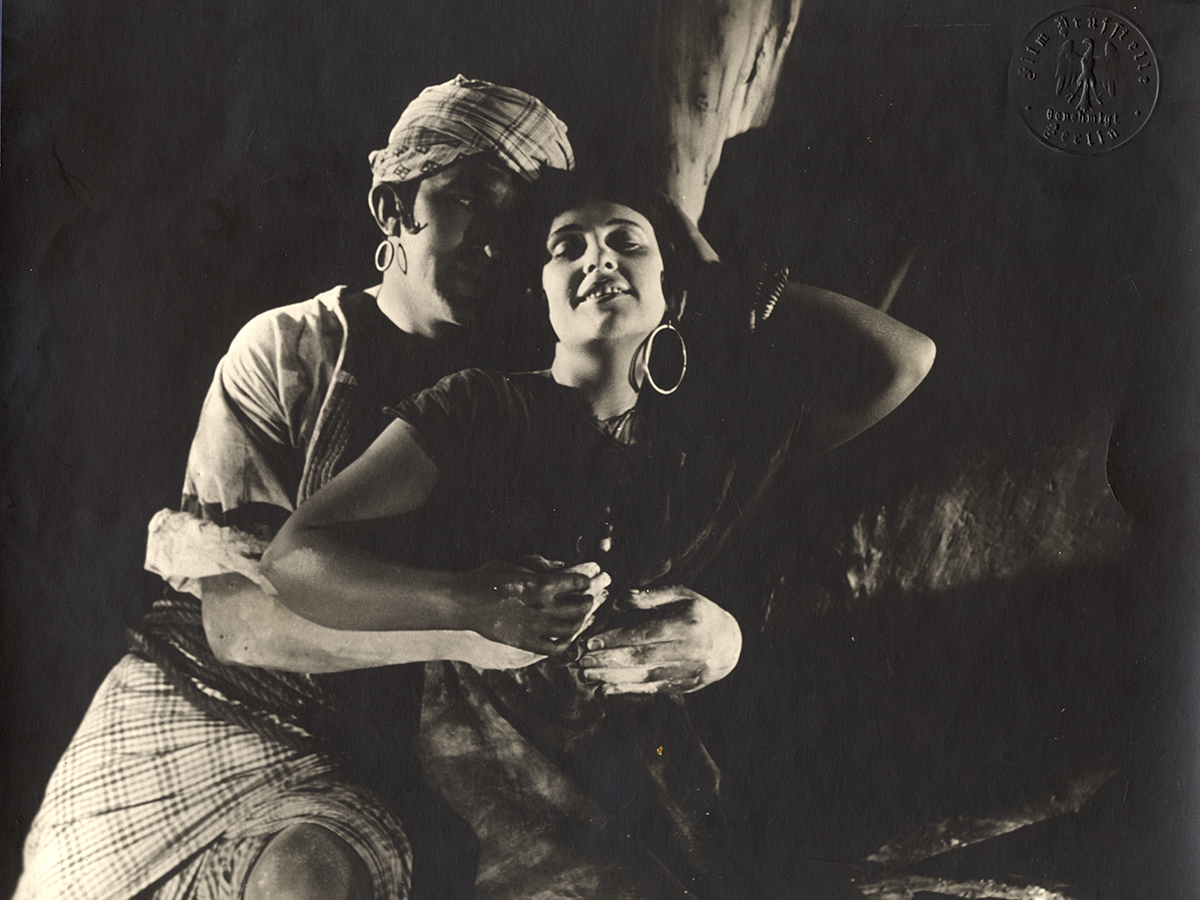 A young poet is commissioned by the owner of a panopticon to write stories about three of his wax figures: Harun al-Raschid, Ivan the Terrible and Jack the Ripper. In the three episodes of the film, the love of a young couple (in which the young poet and the daughter of the fairground stall owner are always recognisable) is threatened by the three aforementioned fiends: The Caliph Harun al-Raschid lusts after the wife of a baker, Tsar Ivan abducts a bride and her groom into his torture chamber, and Jack the Ripper lies in wait for the daughter of the fairground stall owner ... In his last feature film direction before moving to Hollywood in 1926, the graphic designer, set and scenic designer Paul Leni (1885-1929) was strongly inspired by cinematic expressionism, which he also brought to perfection. Artistically abstracted sets, fantastic costumes, camera extravagances and a deliberately outré performance by the three main actors Emil Jannings, Conrad Veidt and Werner Krauß - all this combined to make "Das Wachsfigenkabinett" one of the finest moments of Weimar silent cinema, somewhere between an art experience and fairground fun.

Waxworks is a highlight and at the same time almost the conclusion of the expressionist film. Dreamlike, playful film architecture, designed by Paul Leni, for a story that fluctuates between reality and hallucination, in which Emil Jannings charms with relish, Conradt Veidt spreads gloomy terror and the sinister Werner Krauss chases after the staid Wilhelm Dieterle. Simply incomparable (Rainer Rother, director of the retrospective and artistic director of the Deutsche Kinemathek).

The new film music by composers Bernd Schultheis, Olaf Lervik and Jan Kohl combines five acoustic instruments (clarinet, trombone, viola, guitar, percussion) with two keyboards and live electronics to illuminate the waxworks cabinet in all its fantastic and dark arabesques. Just as the film combines many facets of art and genre cinema, the music also moves along a fine line between new music and film music, folk music and pop. In the work commissioned by ZDF/ARTE, the composers design an equally intelligent and pleasurable conundrum of musical forms and colours.

The original German version of Waxworks has not survived. Contemporary nitrate copies of the English, French and Czech versions, as well as further filmic elements pulled from them, were available for the digital adaptation. In a cooperation project between the Deutsche Kinemathek and the Cineteca di Bologna, the film was digitised at L'Immagine Ritrovata in 4K resolution and restored in 2K. The colour concept as well as the English intertitles are based on a viragated and toned nitrate print from the BFI, which served as the main element for the restoration. The Federal Government Commissioner for Culture and the Media (BKM) funded the digital restoration.

studied musicology, art history and philosophy at the Ruhr University in Bochum and composition and guitar at the Guildhall School of Music and Drama in London. For the broadcasters arte / 3sat / ZDF he composed new music for film classics, including Les Deux Timides by René Clair (F 1928), Sodom und Gomorrha by Michael Kertesz (A 1922), Anders als die Anderen by Richard Oswald and Magnus Hirschfeld (D 1919), Faust by Friedrich Wilhelm Murnau (D 1926) and Metropolis by Fritz Lang (D 1927). In 1998 he co-produced an electro-acoustic film score for the experimental film production Signalstörung (director: Thomas Mank), which was awarded the Hessian Film Prize in gold. From 2003 to 2004 he curated the musical arrangement of the Stanley Kubrick exhibition of the DFF Deutsches Filminstitut & Filmmuseum Frankfurt am Main. Since 2004, the focus of his work has been on composing instrumental and vocal music as well as music for dance theatre.

is of French and Norwegian descent. He studied composition in Weimar and Stuttgart and composition for film, theatre and media in Zurich. Olav Lervik produces music and sound for film, games and interactive installations. He teaches composition for film, theatre and media at the Zurich University of the Arts. He has composed numerous contemporary and electroacoustic pieces and is also very active as an arranger. He has arranged several opera piano excerpts by Peter Eötvös and transcribed a number of pieces from film scores. He participated in the restoration of the original scores from the famous films Metropolis (1928) and Nibelungen (1926). He also worked with Don Davis on the Matrix - Live in Concert.

A love of experimentation, innovation and a solid education in composition form the cornerstone of his musical work. The latter led him to the Folkwang University of the Arts in Essen, where he studied Integrative Composition. The focus of his studies is instrumental and electronic composition as well as visualisation (art video). He then studied composition for film, theatre and media at the Zurich University of the Arts (ZHdK) in Switzerland. Collaborations with Ensemble musikFabrik, Baltic Sea Philharmonic Orchestra, Folkwang Symphony Orchestra, International Ensemble Modern Academy, Neues Orchester Basel and solo instrumentalists, among others.

(also: Paul Josef Levi), born in Stuttgart on 8 July 1885, worked in the film industry as a graphic designer, set designer, scenic designer and director. He is credited with a significant influence on expressionist film in Germany. After attending the Academy of Fine Arts, the artistically gifted banker's son initially worked as a graphic designer for various film theatres and productions from 1910. From 1914 he began to make his own films. Waxworks (1924) became his most important work. From 1926 Paul Leni worked successfully in Hollywood. He died there in 1929 as a result of sepsis. 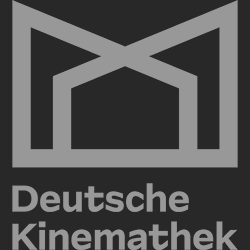 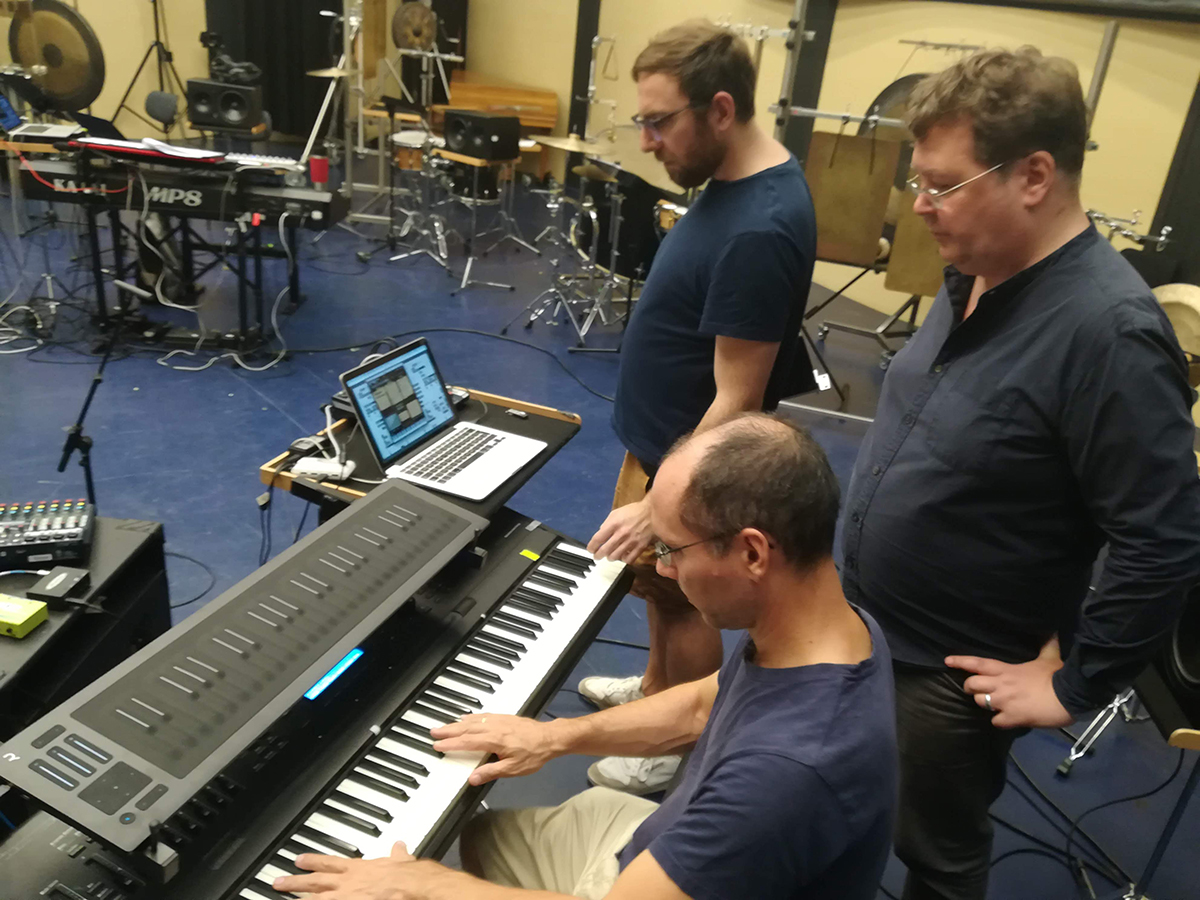 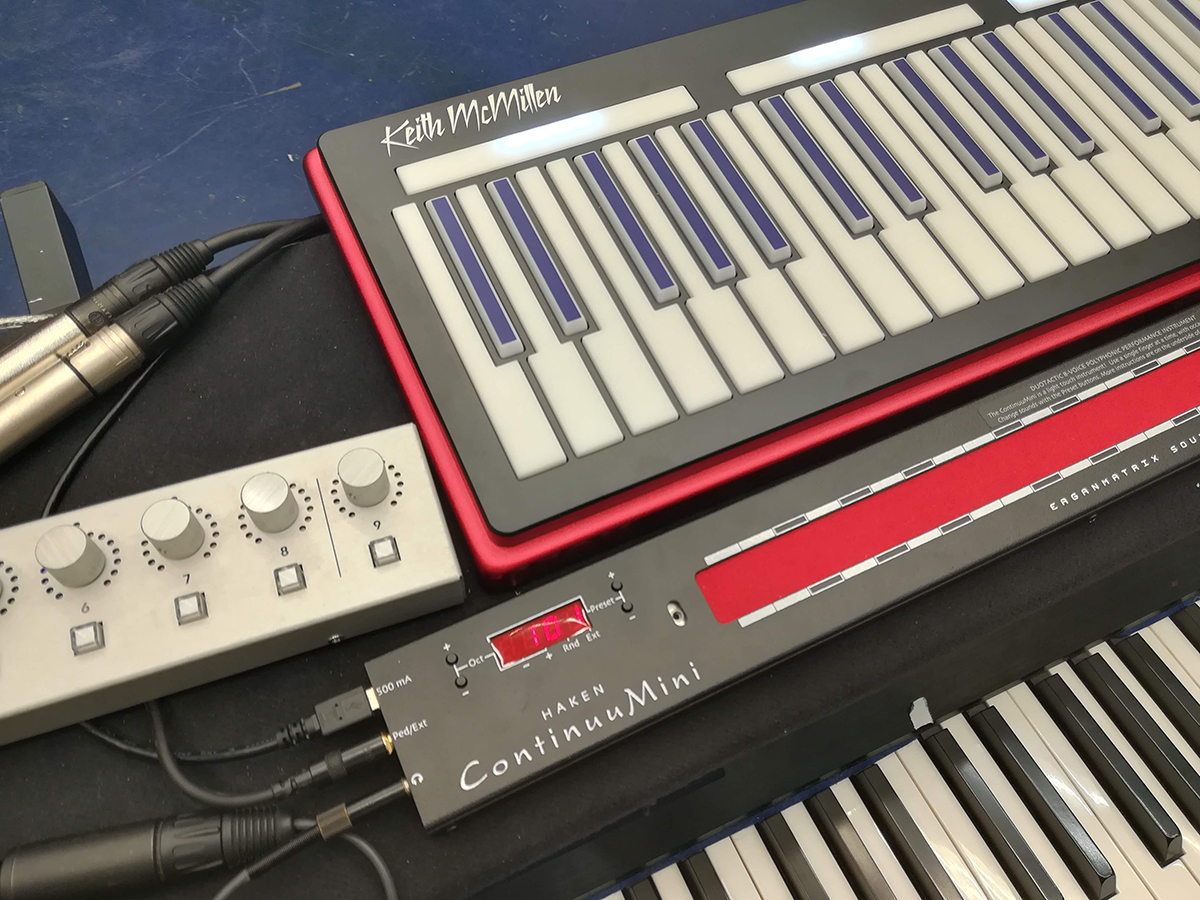 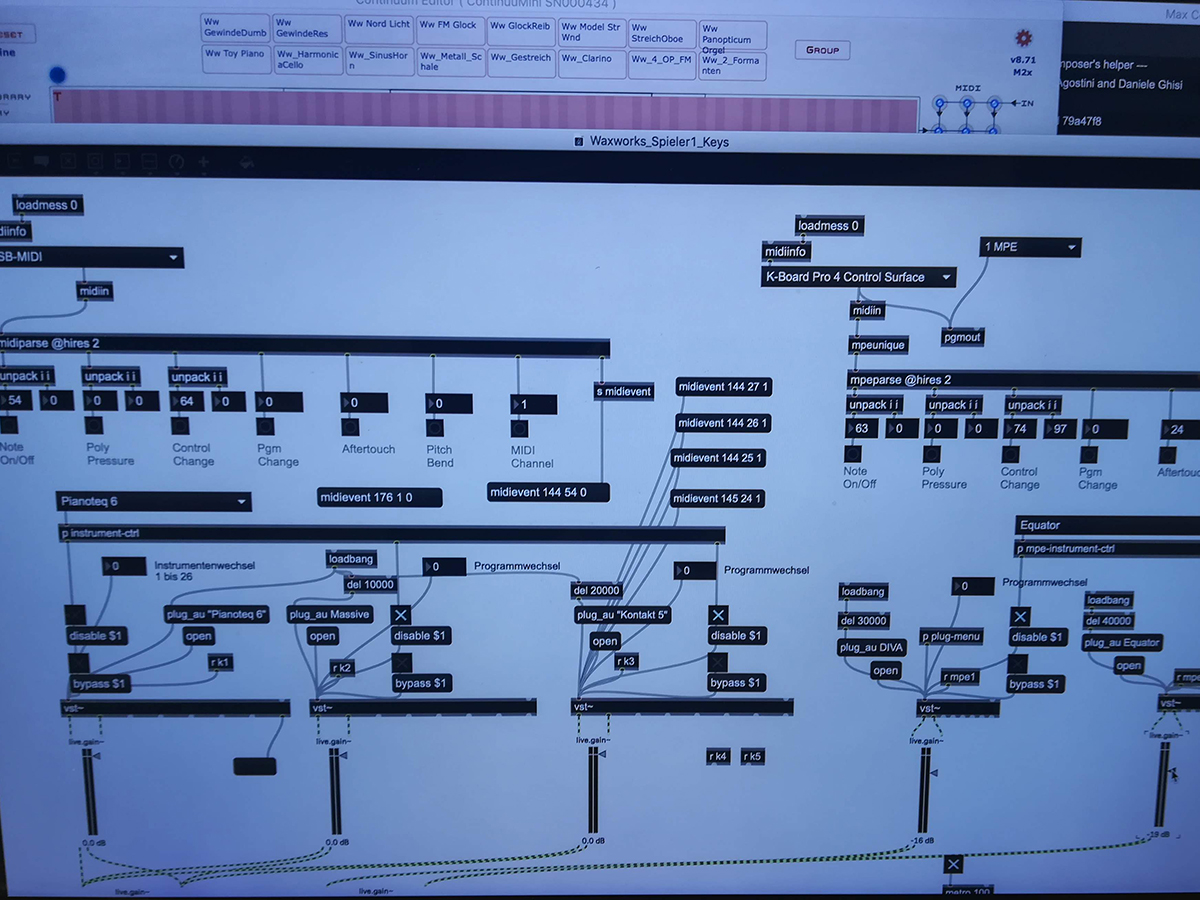 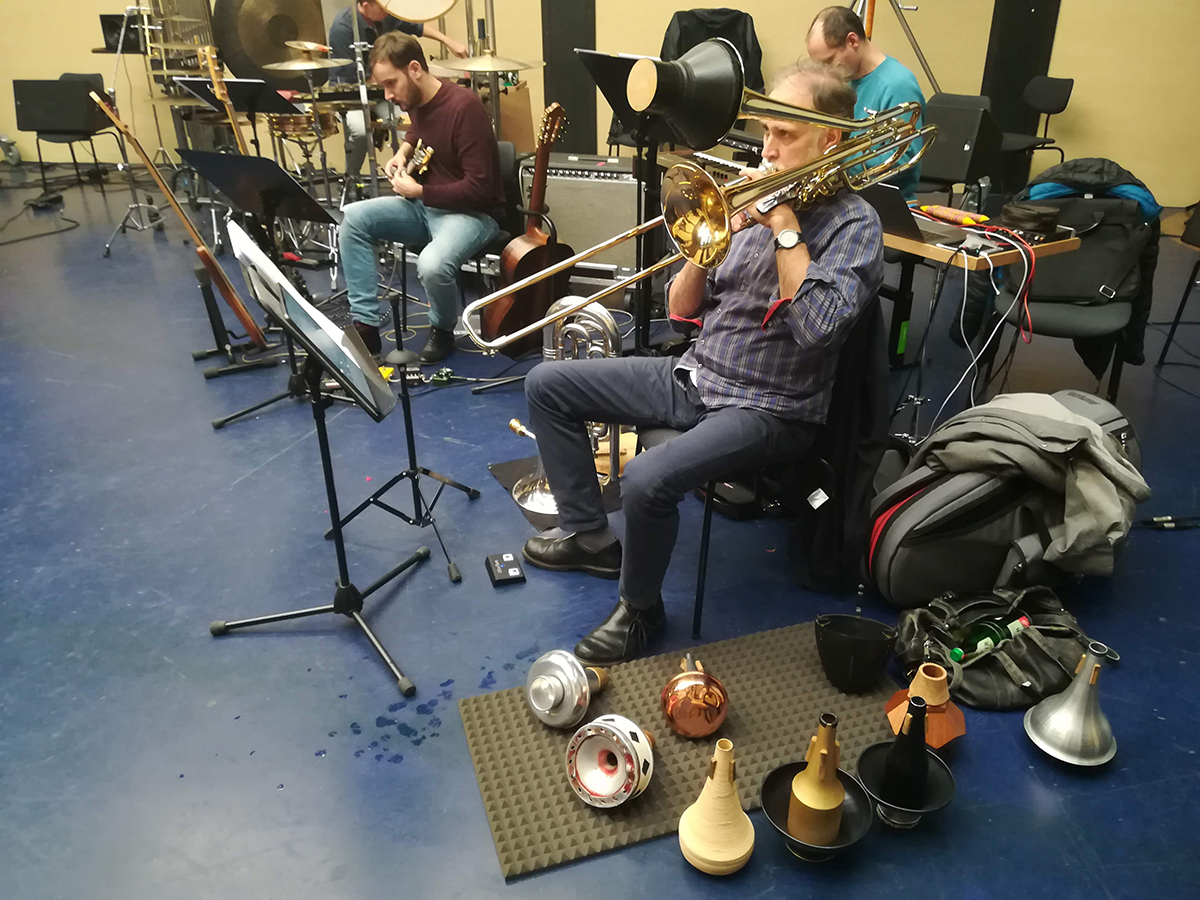 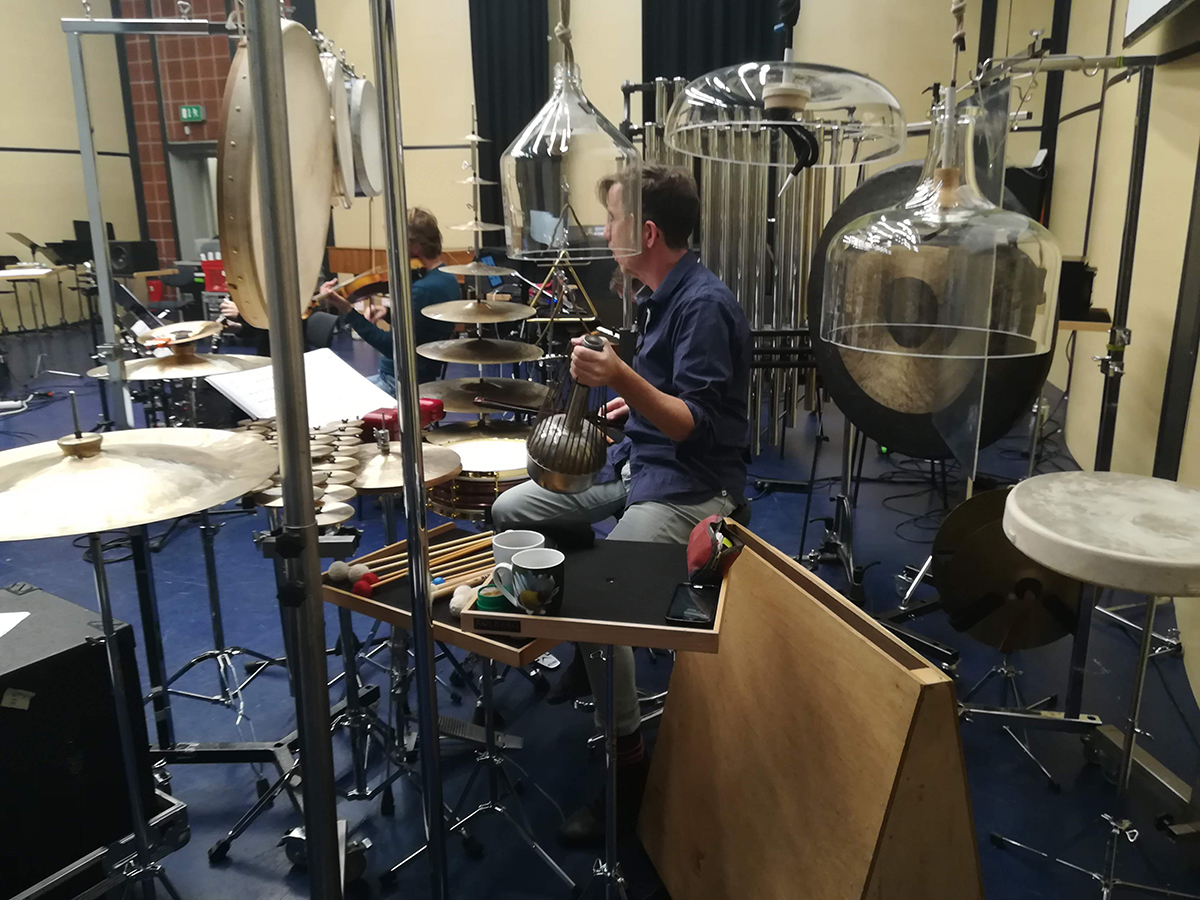 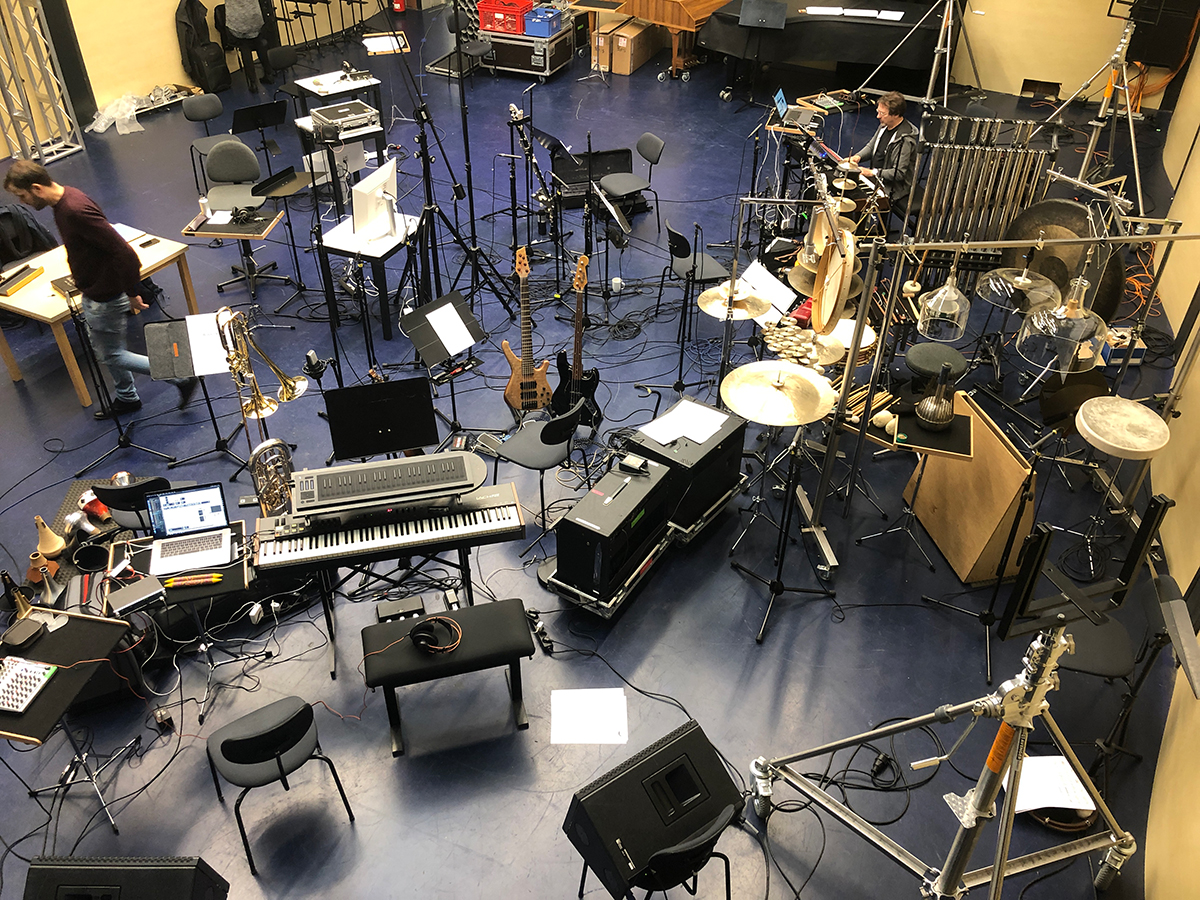