The Violinist of Florence

The Violinist of Florence

The Violinist of Florence is the second film made in collaboration between Paul Czinner and Elisabeth Bergner. Czinner, a native of Vienna, had come to Berlin in the early 1920s. There Elisabeth Bergner celebrated great successes as an actress in Shakespeare productions, legendary is her portrayal of Rosalinde in 'Wie es euch gefällt'. This role was the inspiration for the title role of the 'Violinist of Florence' as a modern continuation of a dazzling erotic interplay. With her boyish appearance, Elisabeth Bergner was predestined for trouser roles and the portrayal of androgynous figures. So in this film, too, she sourly switches roles - from the impetuous young girl who loves her father to the rebellious schoolgirl to the cool young man who hitchhikes through Italy and finally finds lodgings with a painter.

Film clip "The Violinist of Florence"

Young Renée loves her father dearly, but she doesn't get on at all with her stepmother. So she is sent to a Swiss boarding school. When Renée is also ordered to spend her holidays there because of bad behaviour, she takes off to Italy disguised as a boy. A painter discovers the "boy" as a model for his painting "Violinist of Florence", which becomes a great success. When the father recognises his daughter in a picture of the painting, he goes to Florence to bring Renée back to him. The painter, however, does not want to part with his model. He is all the more pleased that Renée turns out to be a girl. He asks her father for her hand, which he is only too happy to grant.

A long overdue rediscovery is this film, which is now available again in a complete version after many years. For it, the Frankfurt musician and composer Uwe Dierksen wrote a polyphonic ensemble score for four instrumentalists who, in addition to their main instruments - violin as a filigree and agile melody instrument, cello as its counterpart, piano/keyboard as a harmony instrument and trombone as a snappy connecting instrument from the brass family - also play melodica. Elegantly and with a dash of irony, the music oscillates between different musical genres and always remains connected to the film from different perspectives. The restored film version and newly composed music received their celebrated premiere at the 2018 Ufa Film Nights in Berlin.

The Violinist of Florence was for a long time only shown in a one-hour version made for the US market. The original German negative is lost, but export versions from the silent era have survived, including the negative from which the British distribution version was mounted. This negative has been severely cut, but the edited material has survived in two separate reels. This made it possible to reconstruct the original narrative structure based on the shot numbers in the negative. Another important source for the restoration was the German admission card of the film with the exact wording of the intertitles. This made it possible to restore the original intertitle version, and even in the original typography, since fragments of the original German titles have also been preserved in the two out-takes reels. The source material for the digital film restoration carried out by the Friedrich-Wilhelm-Murnau-Foundation in 2017/2018 was scanned in 2K resolution.

has been a trombonist in the Ensemble Modern since 1983. He has recorded over 20 CDs, about a third of them as a soloist and with his band MAVIS. In the last 10 years he has also been active as a lecturer and composer of radio plays and performance projects (with Judith Rosmair, among others). Commissioned by ZDF/ARTE and the Murnau Foundation, he composed several silent film scores.

When composing film music, you get to know the characters in the film very well. How easy is Elisabeth Bergner to deal with?

Demanding, I would say, because Elisabeth Bergner was an incredibly virtuoso actress. She creates very different moods in the 80 minutes of this film and expresses a wide variety of feelings. Sometimes these states are authentic, then again deliberately 'acted' or even affected. When merely illustrating them, the music merely doubles and provides an almost superfluous commentator to a strong actress. I think the music has to be more of an antagonist, and you manage that when the music has a calculated dramaturgy of closeness and distance.

In silent cinema, films were accompanied by atmospheric pieces, often simply played one after the other. Does the new film music proceed in a similar way?

The musical approach came with the realisation that I had to make a real intervention here: whenever things get too dramatic, the music withdraws from the action. Like in epic theatre, I float away from it all, adopt a helicopter perspective and simply let the "theatre" happen. In this way, the music develops a tremendous power.

How did the choice of instruments come about? Are they used to characterise the characters or are they used more situationally?

I chose instruments that are versatile: Violin as a delicate and agile melodic instrument, cello as its counterpart on the low (abysmal) side, piano as a harmony instrument and trombone as a snappy connecting instrument from the brass family. Few instruments, but just enough to form a strong counterpoint to the cinematic plot.

But aren't there also keyboards and melodicas? A mandolin also appears in the line-up....

True, but these are not just any sample instruments, but actually intended for the piano part, namely accordion and melodica. In other words, those instruments that stand for the internalised, melancholic mood of Elisabeth Bergner. In certain sequences, the other players take over the keyboard part because the pianist has to play the piano. The exception is the mandolin - the typical instrument of Italian folk music. By the way, I bought an original replica, on which our violinist now has to struggle....

The new film music has a lot of movement. Is that just a question of the tempi chosen or what gives the music this dynamic?

Many notes or a fast tempo does not yet mean dynamics. I think the dynamics develop partly from the deliberately contrapuntal attitude to the film, and partly from the basic musical tenor chosen. The key scene for me was the table scene at the beginning, in which Renée pushes the vase of flowers between her idolised father and the unloved stepmother. That cries out for a 1920s cinema topper, as does the dog scene a little later. With that I had set the energetic cornerstones and with that the opposite also worked: the melancholic melodica and accordion scenes.

Did you have the live situation or the studio recording in mind when composing?

Interesting question, because when I was writing I actually thought about how and in what context the music had to work. Because I tend to write less and more carefully, but the live situation does require a more spirited approach. And then I liked the idea of how four musicians with a lot of heart and soul can sometimes miss the mark in their virtuoso playing.

You are internationally renowned as a trombonist with the ensemble modern and have recently realised high-profile performance projects with Judith Rosmair. What attracts such a 'modern' musician to silent films?

The discrepancy: I am lucky enough to work with first-class musicians, conductors and composers. I am, so to speak, in the middle of the current reception of music, but also of its neighbouring arts. With this background, looking at a work of art that was created 100 years earlier results in highly interesting fields of tension. Take the speed at which The Violinist of Florence has just been shot: this stretched narrative - savouring the smallest things - is highly exciting from the point of view of composers like John Cage or Morton Feldman. These composer masters would probably support the slow narrative with their music and thus consciously oppose our fast-moving mode of reception.

What attracted me to this film was to write music that sounds traditional and is tonally structured, but which is not exhausted in nostalgia. Because the way I relate certain styles of music to each other and what kind of music I basically think of carries the perspective of the present time. I was interested in striking a chord with the times, which were exciting and anything but staid, even though this film is set in a luxuriously bourgeois milieu. And if I set this film to music with a deliberately sought-after euphony, that doesn't mean that other silent films can't be set to music in a completely avant-garde way. Silent film offers endless possibilities for music because it itself tried out so much and carried new things within it.

Paul Czinner was born in Budapest on 30 May 1890 as the son of a factory owner. He is considered a child prodigy because of his virtuoso violin playing. After studying literature and philosophy, he worked as a dramaturge at the Deutsches Volkstheater and moved to Vienna in 1914. There he made his first expressionist films (Homo Immanis, Inferno).

Elisabeth Bergner was born Elisabeth Ettel on 22 August 1897 in Drohobycz (Galicia; today Drogobych, USSR). She grew up in Vienna and studied at a private drama school. In 1923 she plays Rosalind in Shakespeare's As You Like It at the Lessing Theatre in Berlin and becomes a celebrated stage star through her subsequent collaboration with Max Reinhardt.

The paths of Paul Czinner and Elisabeth Bergner met in Berlin in 1924. Czinner has seen Elisabeth Bergner in the theatre and offers her a film role for his planned film Nju, which she accepts after initial hesitation. Since then Paul Czinner has been Elisabeth Bergner's director and she his actress. The filmography of both reads identically between 1924 and 1938. After Nju, other silent films follow: Der Geiger von Florenz, Liebe, Dona Juana and finally Fräulein Else. With Ariane, the two made their first sound film together in 1930.

In 1932 Czinner and Bergner go to London for filming. In view of the political situation in Germany, the two stayed there and were able to continue working successfully. At the end of the 1930s they moved to the USA, but it was not possible to make films together and Czinner refused to make films without Bergner. So he works as a theatre producer, Elisabeth Bergner is active on Broadway. It was not until the early 1950s that the couple returned to England. Czinner makes several ballet and opera films. Bergner accepts theatre, film and TV engagements and is able to continue her earlier successes in Germany, first on stage and finally in film. Paul Czinner died in England on 22 June 1972. Elisabeth Bergner died in London on 12 May 1986. 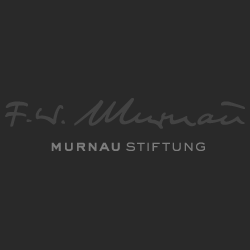 Performance at the Jewish Film Festival 2020, Frankfurt am Main 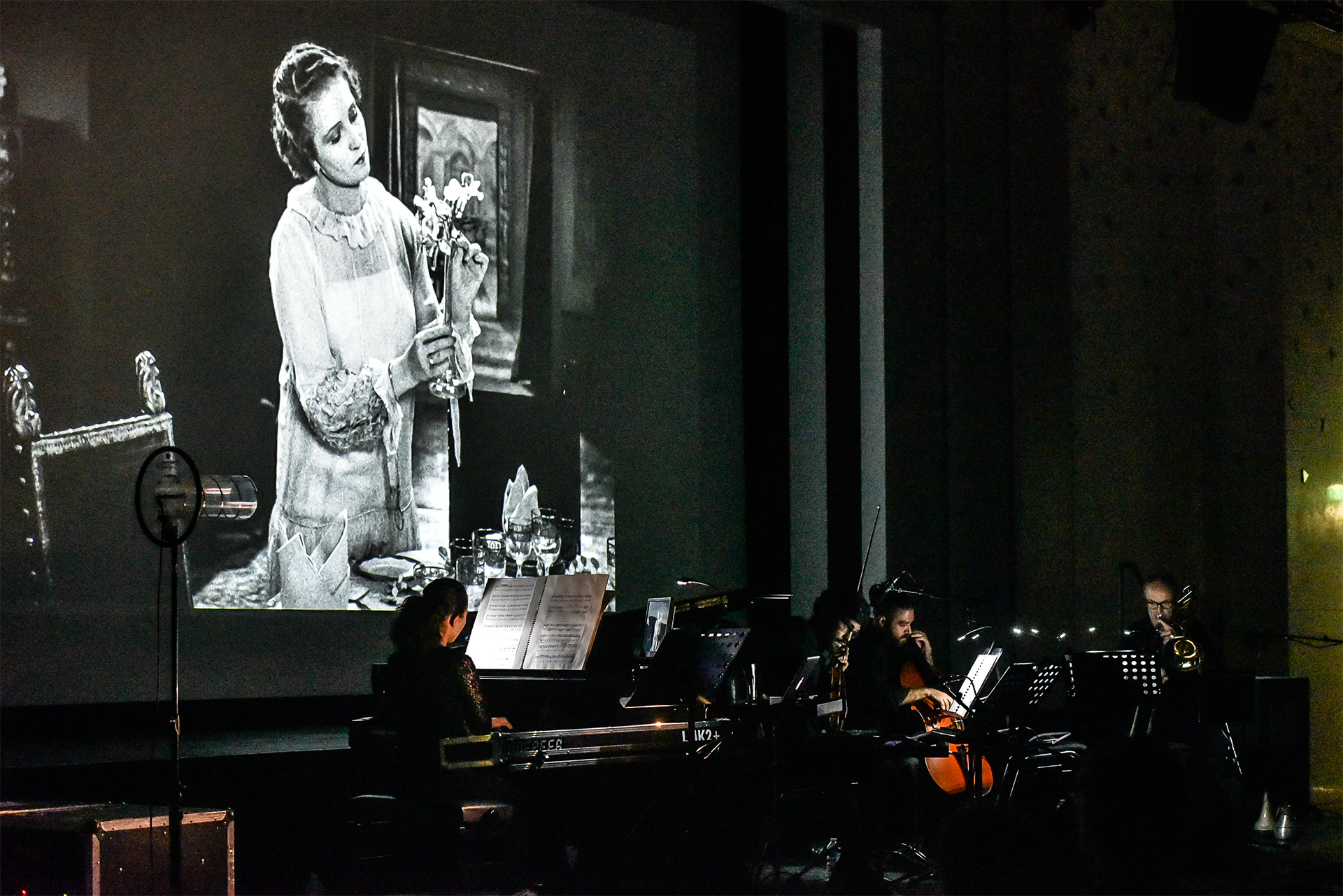 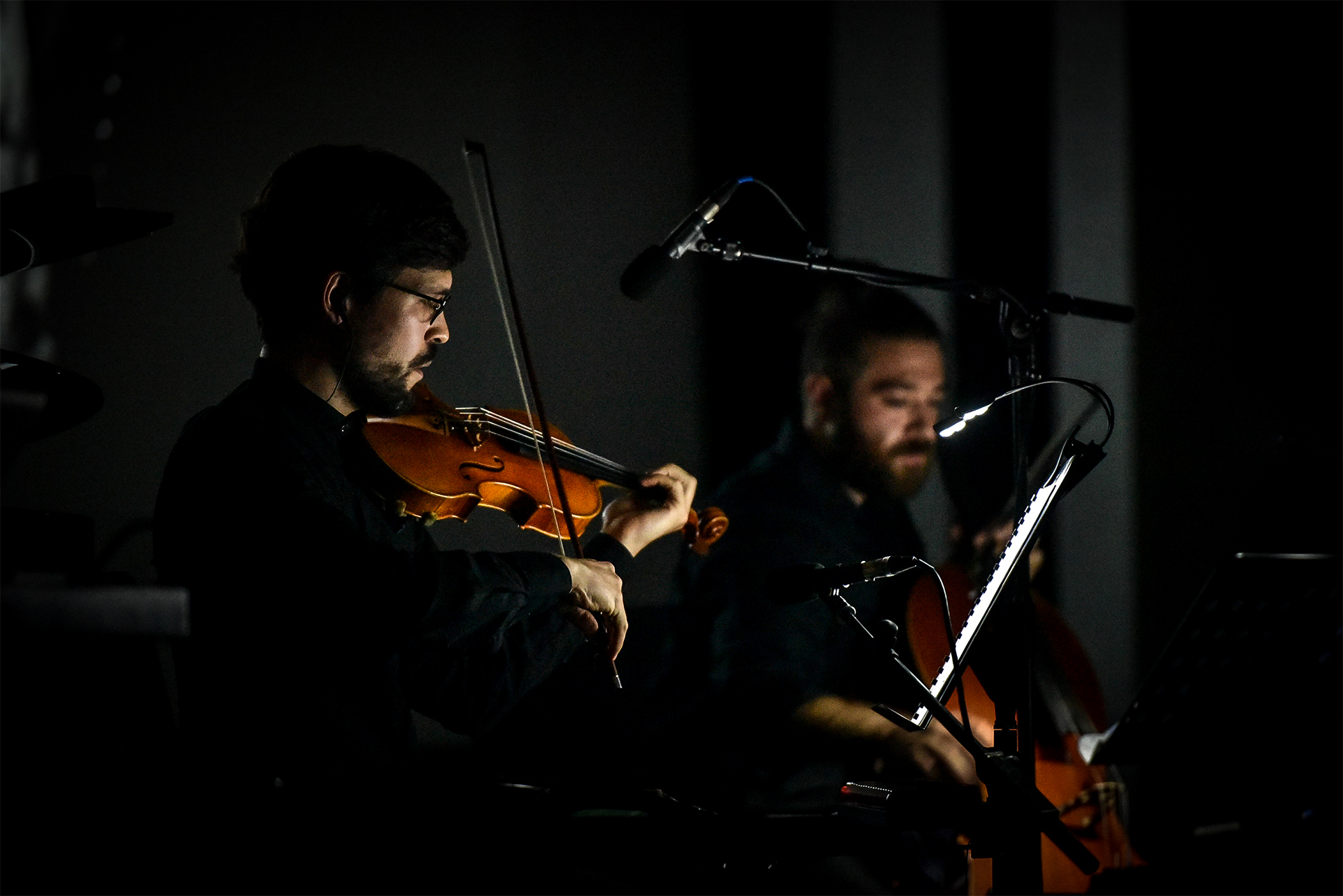 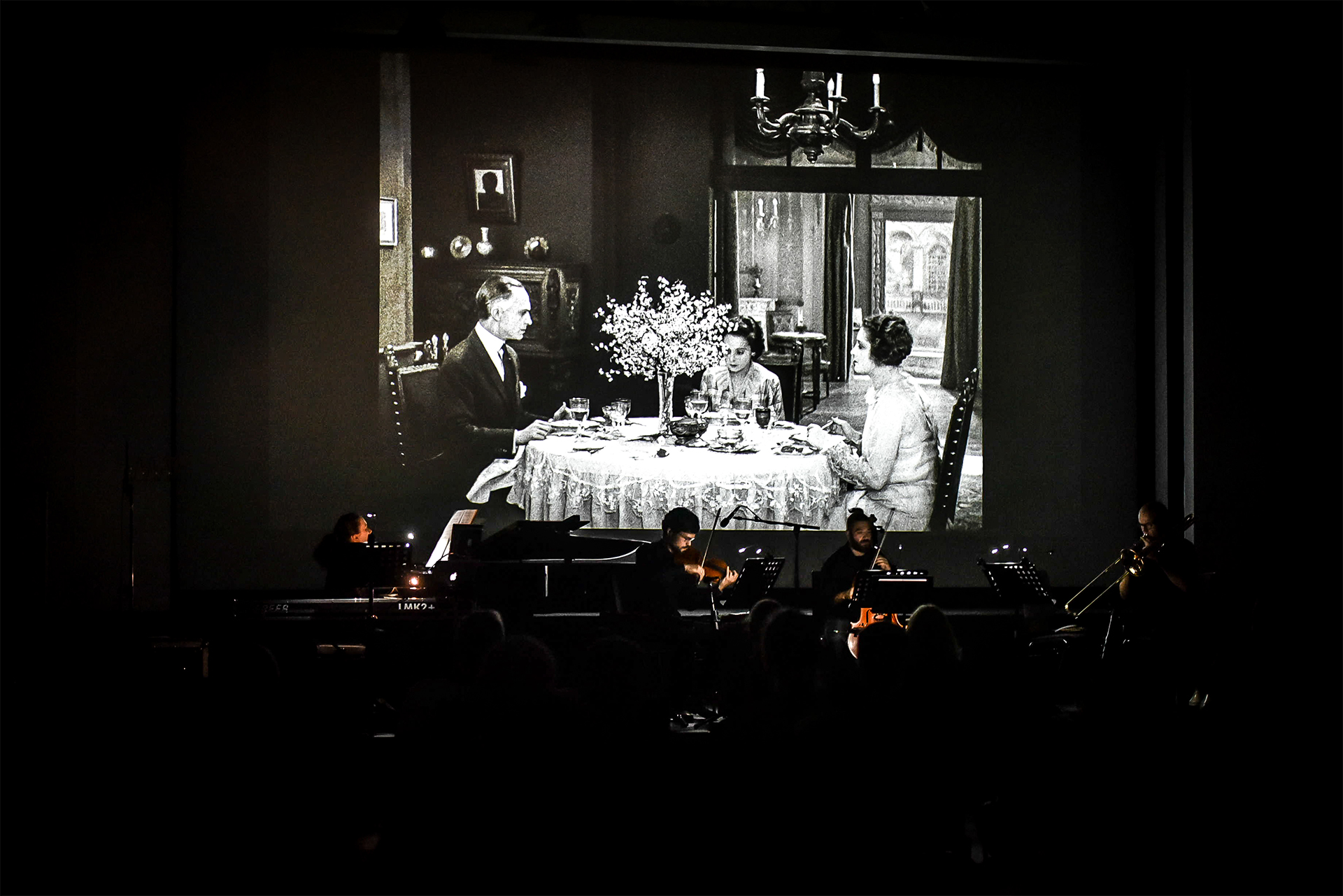 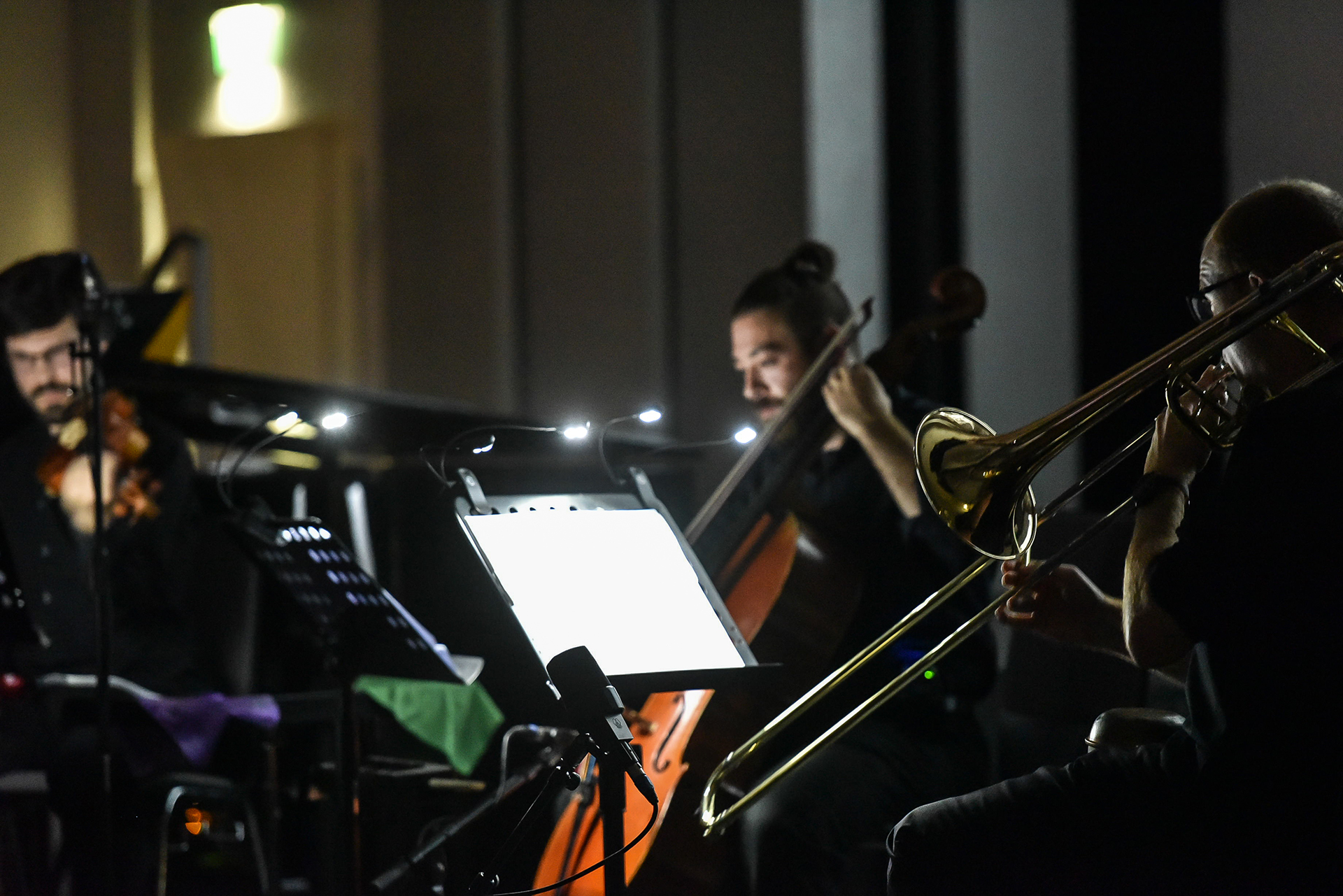 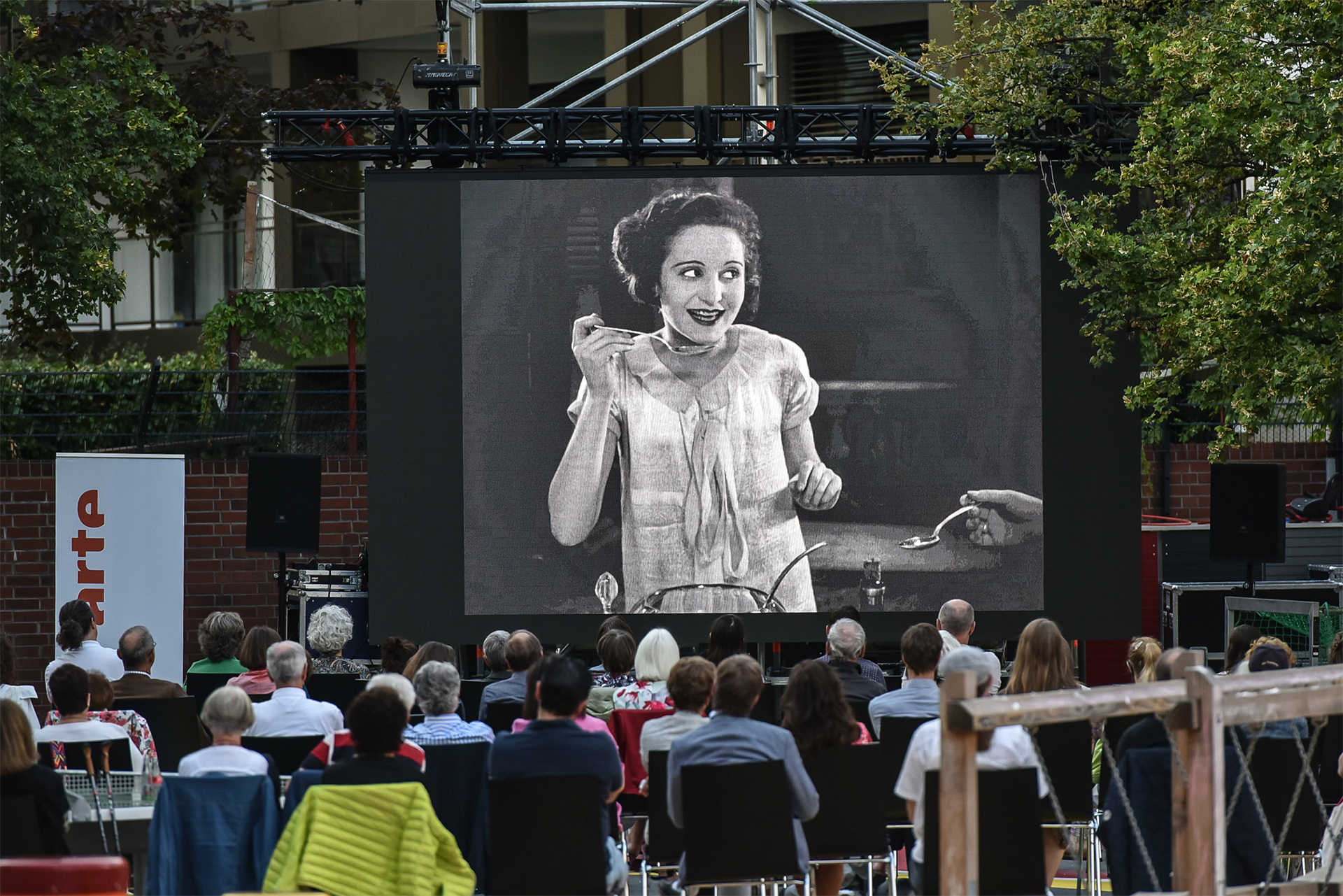